Warning: call_user_func_array() expects parameter 1 to be a valid callback, class 'collapsArch' does not have a method 'enqueue_scripts' in /srv/users/serverpilot/apps/urbanophile/public/wp-includes/class-wp-hook.php on line 308
 The Overlooked Architecture of Chicago's South Side - Aaron M. Renn Sign up for Heartland Intelligence, my monthly research briefing on the greater American Midwest.

Chicago is known as one of America’s great cities for architecture. But other than the Illinois Institute of Technology campus, designed by Mies van der Rohe, very little of the architecture of the South Side is included in the public’s mind when thinking about it. Lee Bey, former architecture critic of the Chicago Sun-Times and a South Side residents, aims to change this with his book Southern Exposure: The Overlooked Architecture of Chicago’s South Side.

This book originated in a collection of Bey’s photographs in an exhibit of the same name at the 2017 Chicago Architecture Bienniel. Now in a handsome volume from Northwestern University Press, Southern Exposure makes a very strong case for the South Side’s architectural chops.

As Bey has pointed out multiple times, the South Side of Chicago is geographically gigantic – bigger than the entire city of Philadelphia and heavily populated as well. But it garners little attention for much anything other than crime. As he writes:

The North Side’s architecture is most certainly appreciated, especially the homes and buildings in the mega-moneyed Gold Coast, Lincoln Park, and Lakeview neighborhoods, and the miles of classy residential towers along Lakeshore Drive. The Southside, however, has been largely omitted from Chicago’s architectural discussion….For decades most of the buildings in that vast area have been flat-out ignored by the architectural press, architecture tours, and lectures – and many Chicagoans themselves…But let’s make it plain why this most egregious slight is happening: the South Side is dangerous flyover country to most outsiders, seen as a place where people are mostly black, poor, and murderous, living in squalor, disinvestment, abandonment, and violence.

Bey musters many comparisons of North (and Loop) versus South to illustrate this. Jeanne Gang is perhaps Chicago’s celebrated present day architect, but her Lavezzorio Community Center in the Auburn-Gresham neighborhood is ignored. I’ll admit I didn’t even know the building existed until reading his book. He also contrasts pairs of schools in similar styles by the same architect, in which the North Side school is a city historic landmark, but the South Side one was not. Chicago continues to demolish significant buildings across the city. Failure to landmark important structures is hardly limited to the South Side, but Bey makes a persuasive case that the city has been particularly indifferent to buildings there.

But more than a book of complaint, Southern Exposure celebrates the South Side’s great architecture, from historic and traditional to new and contemporary in style. He even includes midcentury gems, like this shot of Pride Cleaners. Or here’s the personal home that black Chicago architect John Moutoussamy (who designed the Ebony-Jet Building) designed for himself. It’s hard to pick just a handful of pictures to include here. Southern Exposure is full of page after page of fantastic photos of great buildings, starting with the stunning cover photo of Eero Saarinen’s D’Angelo Law Library on the University of Chicago campus. You can see more in the Guardian’s photo essay from the book. 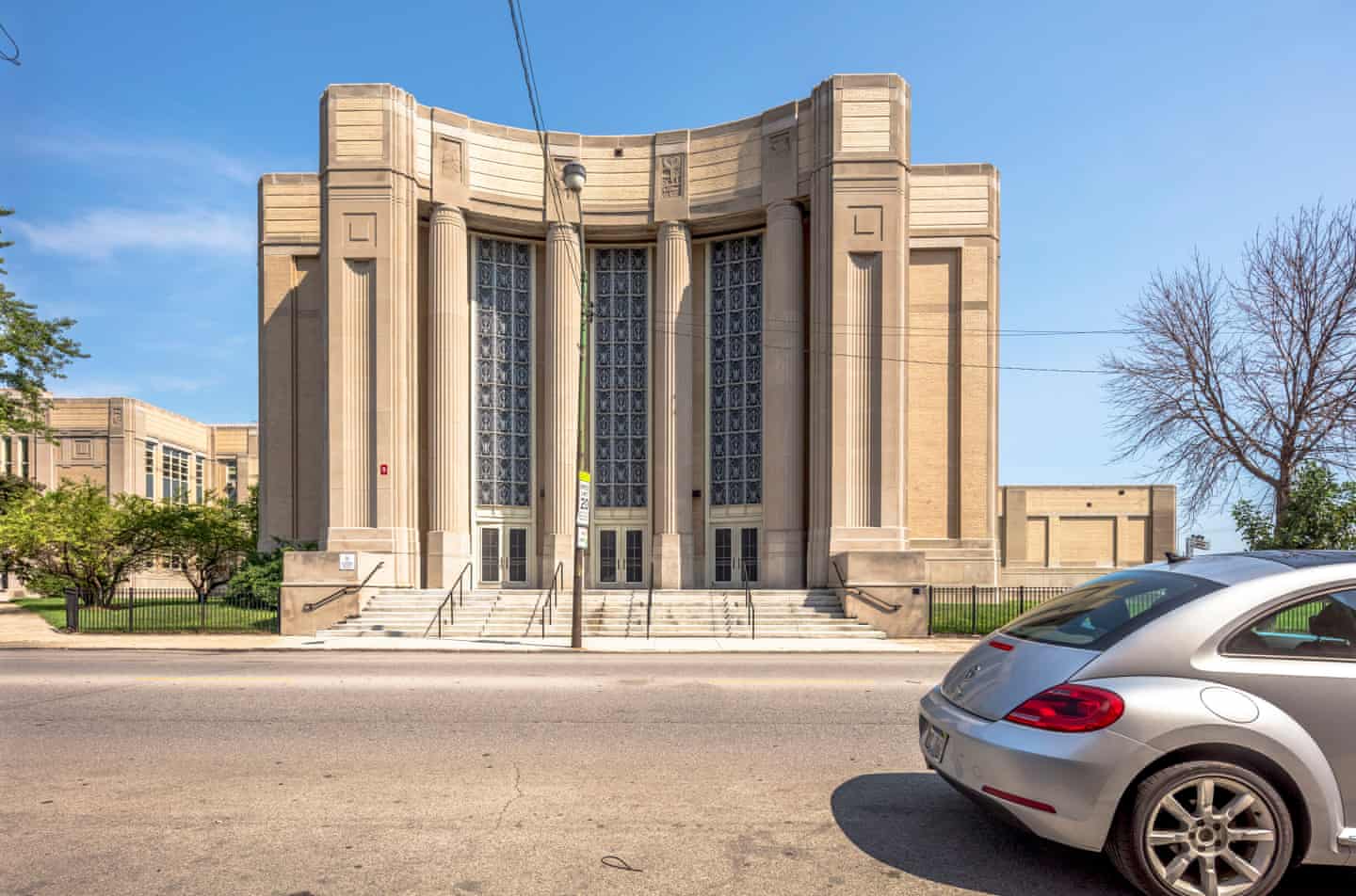 I was originally planning to do a traditional book review of this for City Journal, but decided against it. One of the reasons is so that I could include a personal aside about Lee Bey.

There’s a parallel between him and Chicago’s South Side architecture in that both have not received the recognition they deserve. Lee Bey is not only a former architecture critic, he’s also a great photographer as this book shows. And he’s a fantastic thinker on cities in general, coming up with insights that change how we think about places like Chicago. For example, he observes that because it is so large, the South Side needs city-scale planning not just neighborhood type planning. The South Side is a major city in its own right. He also deeply understands the black history and culture of Chicago and is a guru soul music among other things.

Lee Bey is just one of the best people in America when it comes to understanding cities, but he’s little known outside of Chicago itself. If he were based in a national media center, there’s little doubt in my mind he’d be a regular contributor to or columnist at a premier national publication. If you are an editor at one of those, hire Lee Bey! I’m very gratified to see that he and his book have collected quite a bit of positive national press. Hopefully it’s a start at rectifying both the lack of respect paid to Chicago’s South Side architecture, and the insufficient national attention paid to Bey’s work.

Click over to buy Southern Exposure: The Overlooked Architecture of Chicago’s South Side on Amazon.